You are here: Home » Blog » Judy Heumann: Judaism and Disabilities 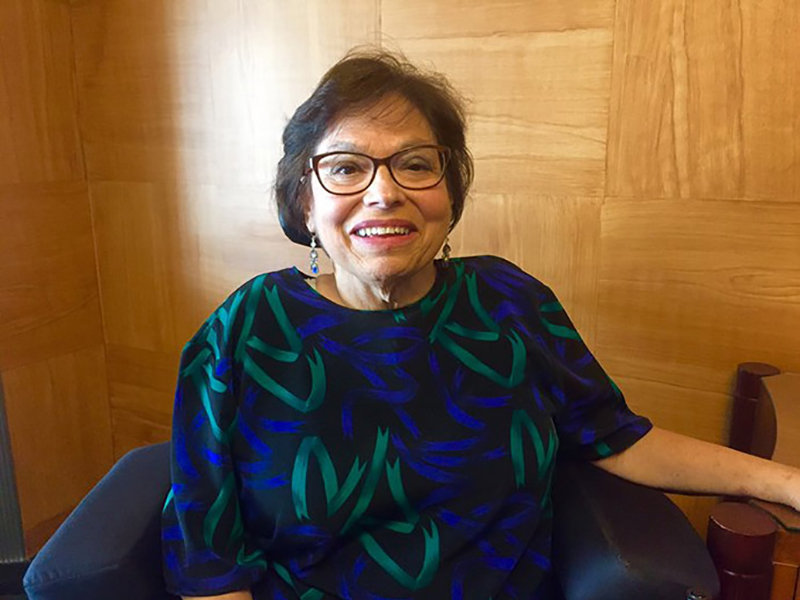 Judy Heumann is a veteran advocate for disability rights from fighting for her own teaching credentials to her tenure as Asst. Sect’y of Education under President Obama.

Paralyzed from polio at eighteen months, Judy’s struggle for equality began early in life. From fighting to attend grade school after being described as a “fire hazard” to later winning a lawsuit against the New York City school system for denying her a teacher’s license because of her paralysis, Judy’s actions set a precedent that fundamentally improved rights for disabled people.

As a young woman, Judy rolled her wheelchair through the doors of the US Department of Health, Education, and Welfare in San Francisco as a leader of the Section 504 Sit-In, the longest takeover of a governmental building in US history. Working with a community of over 150 disabled activists and allies, Judy successfully pressured the Carter administration to implement protections for disabled peoples’ rights, sparking a national movement and leading to the creation of the Americans with Disabilities Act. 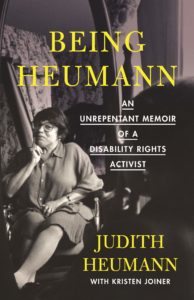 Judith Heumann’s Being Heumann: An Unrepentant Memoir of a Disability Rights Activist – One of the most influential disability rights activists in US history tells her personal story of fighting for the right to receive an education, have a job, and just be human. A story of fighting to belong in a world that wasn’t built for all of us and of one woman’s activism—from the streets of Brooklyn and San Francisco to inside the halls of Washington—Being Heumann recounts Judy Heumann’s lifelong battle to achieve respect, acceptance, and inclusion in society. Candid, intimate, and irreverent, Judy Heumann’s memoir about resistance to exclusion invites readers to imagine and make real a world in which we all belong.

You can purchase her book here 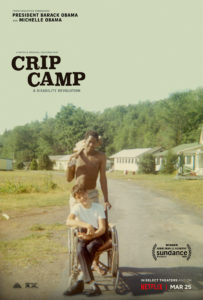 We also recommend that you watch Netflix’s Crip Camp: A Disability Revolution – In the early 1970s, teenagers with disabilities faced a future shaped by isolation, discrimination and institutionalization. Camp Jened, a ramshackle camp “for the handicapped” in the Catskills, exploded those confines. Jened was their freewheeling Utopia, a place with summertime sports, smoking and makeout sessions awaiting everyone, and campers felt fulfilled as human beings. Their bonds endured as they migrated West to Berkeley, California — a promised land for a growing and diverse disability community — where friends from Camp Jened realized that disruption and unity might secure life-changing accessibility for millions.

And finally, check out

Judith’s interview on The Daily Show with Trevor Noah