You are here: Home » Blog » Uncategorized » To Be Jewish In Congress: Jamie Raskin to speak at Kol Shalom

To Be Jewish In Congress: Jamie Raskin to speak at Kol Shalom

How is serving in the United States Congress a Jewish act?

How does a leader in our current political reality draw strength from the Jewish tradition to continue to lead justly?

What are the most important issues in our government that we face today as Jews?

How can we as Jewish individuals and communities make a difference in our current political reality?

Congressman Jamie Raskin will answer these questions and many more on Tuesday, February 25th, at 7:30 pm at Kol Shalom in Rockville.  As part of it’s series exploring the dimensions of 21st-century Jewish identity, the Jewish Identity Institute proudly welcomes Congressman Raskin, who will be speaking on the Jewishness of his leadership journey, and the ongoing challenges that he grapples with on a daily basis in the United States government.

Congressman Jamie Raskin proudly represents Maryland’s 8th Congressional District in the U.S. House of Representatives. The district includes parts of Montgomery, Carroll, and Frederick Counties. Raskin was sworn in to the 115th Congress on January 3, 2017.

Congressman Raskin is the Vice-Ranking Member of the House Judiciary Committee, and serves on two Judiciary subcommittees: the Subcommittee on the Constitution and Civil Justice; and the Subcommittee on Crime, Terrorism, Homeland Security, and Investigation. He also serves on the House Oversight and Government Reform Committee, and the Committee on House Administration. Raskin is the Freshman Representative on the House Democratic Steering and Policy Committee, the Congressional Progressive Caucus Vice Chair and Liaison to New Members, and a Senior Whip for the House Democratic Caucus.

For more than 25 years, Congressman Raskin has been a professor of constitutional law at American University’s Washington College of Law. He authored several books, including the Washington Post best-seller Overruling Democracy: The Supreme Court versus the American People and the highly-acclaimed We the Students: Supreme Court Cases For and About America’s Students, which has sold more than 50,000 copies.

Prior to his time in Congress, Jamie was a three-term State Senator in Maryland, where he also served as the Senate Majority Whip. He quickly earned a reputation for building coalitions in Annapolis, and delivered a series of landmark legislative accomplishments.

Congressman Raskin is a graduate of Harvard University and Harvard Law School. He and his wife, Sarah Bloom Raskin, live in Takoma Park with their dog, Potter. They have three children: Tabitha, Tommy, and Hannah.

Sign up today for this unique opportunity to explore the intersection of Jewishness and political leadership in our time. 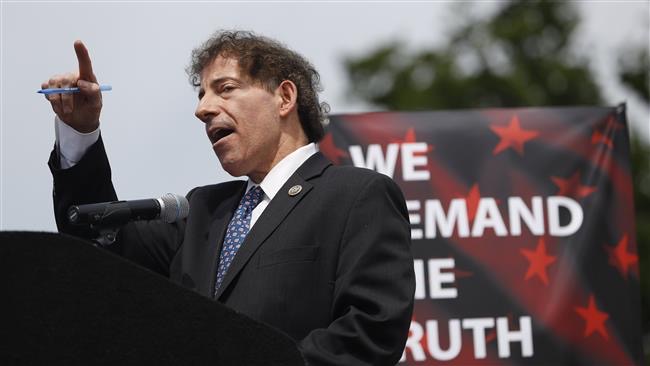