You are here: Home » About » Professional Staff 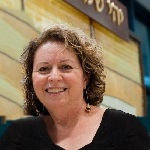 Deb Finkelstein, FSA, joined Kol Shalom in April 2002 as Executive Director, after serving in that capacity at Tifereth Israel Synagogue in Des Moines, Iowa for three years. Her background and experience in synagogue administration includes all facets of congregational life, including the purchase of land and construction of Kol Shalom’s first permanent home, the only newly constructed synagogue to achieve Gold LEED status.

Deb received her Master of Arts in Jewish Professional Studies from Spertus Institute in 2018 and received her certification as a Fellow in Synagogue Administration in 2017 awarded by her professional association, the North American Association of Synagogue Executives.  She is an active member of the Board of Governors of NAASE, served as chair the 2016 NAASE conference, and served as chair of the Week of Study for executive directors at the Jewish Theological Seminary for several years.  She is also an active member of MATSAA (Mid-Atlantic Synagogue and Temple Administrators’ Association) and a graduate of the Jewish Leadership Institute of the Federation of Greater Washington.   She has served in numerous capacities in other greater Jewish community organizations.

Originally from the Midwest, Deb thoroughly enjoys her life in the Washington DC area and all it offers.  Her three adult sons and their families, including her six grandchildren, get her back to the Midwest as often as possible.

Batya Glazer was ordained as a Conservative Rabbi at the Jewish Theological Seminary of America in 1998 where she also studied at the Davidson School of Jewish Education. She has decades of experience in Jewish education at all levels and in all settings, both formal. She has taught at every level in both formal and informal settings. She identifies her first experience as a Jewish educator was as an eight year old consultant for her mother who taught 3rd grade Hebrew School at congregations Temple Emmanuel and M’kor Shalom in Cherry Hill, New Jersey.

Working in Jewish Community Relations Councils, Batya has been building relationships through dialogue, working in coalition, and educational programming for years. She is committed to listening deeply and developing an understanding of the concerns and the cultural context of diverse communities and working closely with lay leaders to bring together representatives and diverse perspectives of the Jewish community.

Glazer has a B.A. in Political Science from Rutgers University, a Master of Hebrew Letters degree from The University of Judaism, and a Master’s degree and Rabbinic Ordination from The Jewish Theological Seminary of America. 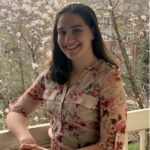 Samantha or “Sam” grew up in the Montgomery County Jewish community, including attending religious school, participating in BBYO and Hillel, and as a camper and staff member at Camp Louise. She is passionate about sports and athletics and interned at the JCC Association in New York City, organizing the 2015 JCC Maccabi Games and Arts Fest.

Sam eagerly joined the Kol Shalom staff in April 2021 and has all that it takes to keep our community connected and engaged. When you meet Sam, you will immediately be taken by her enthusiasm, welcoming nature, and willingness to serve our members.